You will learn that more....

Mr. Mr. Lawrence Harte is the president of Althos, an expert information provider which researches, trains, and publishes on technology and business industries. He has over 29 years of technology analysis, development, implementation, and business management experience. Mr. Harte has worked for leading companies including Ericsson/General Electric, Audiovox/Toshiba and Westinghouse and has consulted for hundreds of other companies. Mr. Harte continually researches, analyzes, and tests new communication technologies, applications, and services. He has authored over 50 books on telecommunications technologies and business systems covering topics such as mobile telephone systems, data communications, voice over data networks, broadband, prepaid services, billing systems, sales, and Internet marketing. Mr. Harte holds many degrees and certificates including an Executive MBA from Wake Forest University (1995) and a BSET from the University of the State of New York (1990). Description 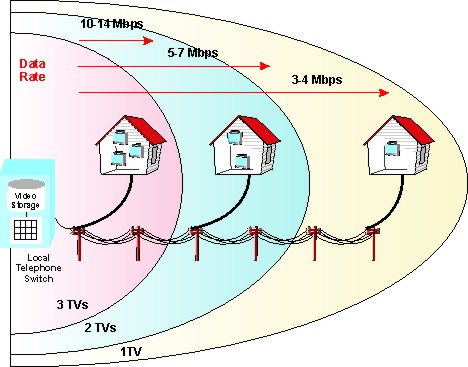 This figure demonstrates the operation of the basic NTSC analog television system. The video source is broken into 30 frames per second and converted into multiple lines per frame. Each video line transmission begins with a burst pulse (called a sync pulse) that is followed by a signal that represents color and intensity. The time relative to the starting sync is the position on the line from left to right. Each line is sent until a frame is complete and the next frame can begin. The television receiver decodes the video signal to position and control the intensity of an electronic beam that scans the phosphorus tube ("picture tube") to recreate the display. 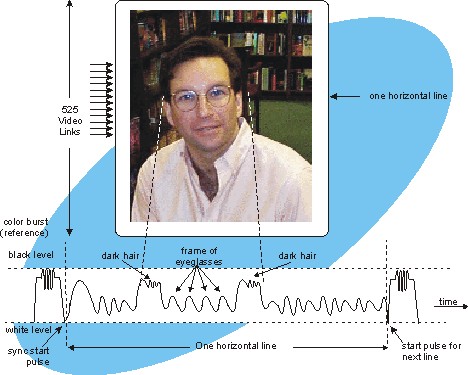